More Than A Designer: Karl’s Tribute 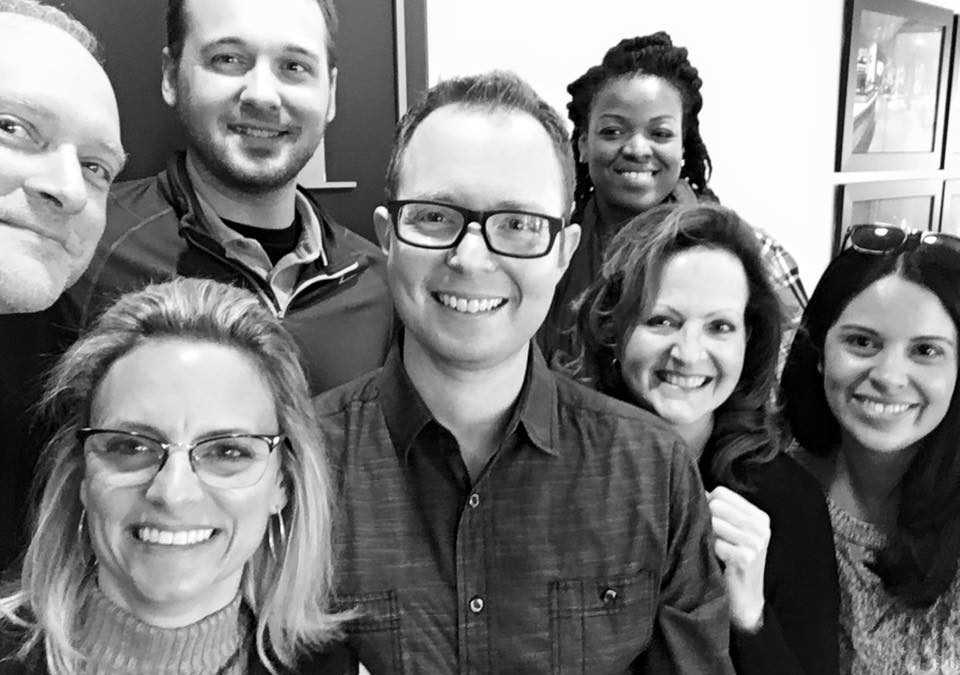 Having the right team in place doesn’t just mean hiring the best interior designers—although, I happen to think JAI does employ some of the best in the industry. It’s also about finding the brightest personalities. A solid team includes team members that enjoy collaborating and become somewhat like a family.

Nearly two years ago, a fresh-faced, enthusiastic designer stepped into his role at JAI. He was immediately a cherished part of our team. Karl Armson could make everyone laugh or brighten anyone’s day with his smile. He was a talented designer, who made a dynamic contribution to JAI’s projects.

As a complete shock, Karl was diagnosed in December of 2015 with stage 4 Non-Hodgkin’s Lymphoma after going to the doctor with stomach issues. The JAI family rallied around him, doing all we could to walk with him through this challenging time. He’d undergo treatments, bounce back and seamlessly walk back into his work. This roller coaster continued, until June of 2016 when he elected to have a stem cell transplant and needed to concentrate on his recovery. The JAI team remained in full support. He always had a job here, whenever he was ready, and we included him in everything we did as a team.

Inspiring. Positive. A light in the darkness. Karl was all these things, and it only took a moment in his presence to realize it. He was more than a designer. He was a young man who loved life and all the people around him. Amid his own suffering, he cared about others and continued to bring laughter and kindness to everyone he touched.

Recent tests showed his cancer had spread, and we knew our remaining time with Karl was limited. I had a chance to visit him in the hospital on March 16, and in true Karl-fashion, he spent time telling me how he had been using his time to pray for the people who were praying for him. He prayed that they would all stay strong, healthy and happy and that they would continue being prayer warriors for others. That visit was a such a gift as it was the last day he was truly responsive.

The JAI team feels the loss deeply. Our team will never be the same. Today, I am reminded to always be grateful for the people who work with me and for me, no matter how long they may be in my life. It is a blessing that we have another day to share our talents, our creativity, our lives and our struggles with one another. We are more than just designers—we are a team and a family.

When we had Karl’s professional photo taken for our website, never did I imagine that picture would become the icon of his cancer story on Go Fund Me, and later be the beautiful face next to his obituary. Life is so short.

As the owner of JAI, I want to make a difference in the lives of each person who walks through our doors. I want them to experience the inspiration, the positivity and the light that I am blessed to have experienced through Karl.